The Day of the Holy Cross and Bricklayers’s Day 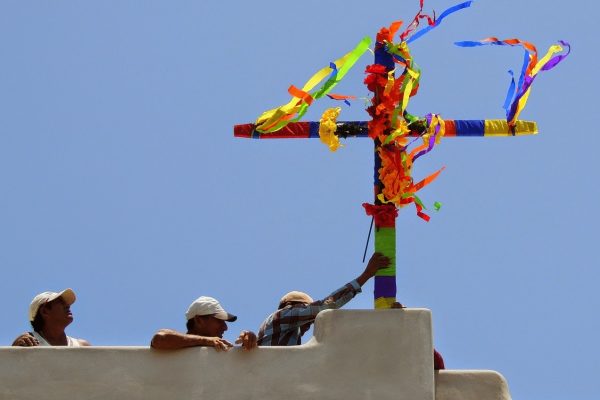 The Fiesta de las Cruces (“Festival of the Crosses”) or Cruz de Mayo (“May Cross”) is a holiday celebrated on the 3rd of May in many parts of Spain and Hispanic America.

In Mexico, the celebration of the Holy Cross began at the dawn of the 16th century, when captain Juan de Grijalva gave the name Isla de la Santa Cruz to the island now known as Cozumel, Quintana Roo. The holiday is celebrated in Mexico mainly by guilds and unions involved in construction. A cross adorned with flowers and paper is placed in a high position on a building in the process of construction. The workers then celebrate with local cuisine and alcoholic beverages such as tequila, mezcal, and local beer.

Originally, May 3 The Day of the Discovery of the Holy Cross (El día de la Santa Cruz) and since the construction workers had long been celebrating this day as their special feast day, it remains and is now more commonly known as El Dia del albañil (Bricklayers’ day).

This Mexican tradition began with the Spanish churches built in the 1500’s. On the Day of the Holy Cross, a cross, imagine that, was set at the top of the church and workers were given food and drink as a reward for a job well done. The workers burned copal (incense), and fireworks were set off to frighten away any evil spirits from the holy ground.

Construction workers now celebrate this day with an early morning mass then set out to their job sites to launch cohetes (rockets) and put a brightly decorated cross at the top of any partially finished project.

Religiously, the festival is rooted in the search by the Byzantine Empress Saint Helena for the cross on which Jesus died, but the popular traditions connected to the festival certainly originate from pagan traditions brought to Spain by the Roman Empire.

The legend is that Emperor Constantine 1, in the sixth year of his reign, confronted the barbarians on the banks of the Danube, in a battle where victory was believed to be impossible because of the great size of the enemy army. One night, Constantine had a vision of a cross in the sky, and by it the words “In hoc signo vincis” (With this sign, you shall be victorious).

Before the Conquest, Mesoamerican natives related the cross to the cardinal directions of the north, south, east, and west cosmography that graphically formed the cross. With the arrival of the Spaniards, this evocation was eradicated and replaced by the religious symbolism of the Holy Cross. Since then, the celebration of this festival was established with the construction of houses, churches, convents, and other buildings with indigenous labor. 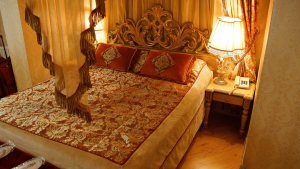